Sleep apnea refers to the loss of air movement during sleep. This results in a depletion of oxygen and a buildup of carbon dioxide in the lungs and blood.

Snoring is the most obvious event associated with sleep apnea and results from turbulent air flow in a narrow airway. Airway collapse (apnea) is caused by negative air pressure (vacuum). This vacuum develops when air moves through a restricted space at high speed. The more severe the restriction, the louder the snoring becomes and the more likely apnea is to occur. When the throat collapses like a pinched straw on inhalation, carbon dioxide levels raise and oxygen levels decrease, resulting in arousal. The patient will simply lighten their sleep for a few seconds (arousal), open the airway to breathe and return to sleep, only to resume snoring and repeat the apnea cycle shortly thereafter. The bed partner can become aware of this problem because of pauses in air flow that are followed by gasping.

Sleep apnea is a progressive disease. Mild snoring converts gradually to sleep apnea as more negative pressures are created because of weight gain, aging, etc. Initially this may be only a few apneas per night. As the number of apneic events increases, both physical and mental symptoms develop. These are usually not noted until there are at least 50 or more events per night.

These cognitive (mental) dysfunctions may be present:

Symptoms may vary among patients, but most will have several of the above complaints. These problems are generally reversible with treatment.

Please note that you will now be redirected to a secure and safe payment platform, mySecureBill, managed by our payment partner RevSpring. For any questions, please refer to our FAQs. After payment, please allow 2 to 3 business days for processing. Thank you! 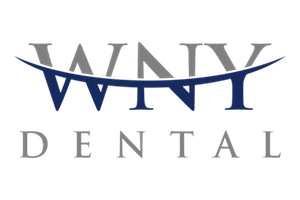